Here are the cheapest airfare deals to Bangkok. View Flights to Thailand

Bangkok is the capital of Thailand and also its largest city with a population of around 12 million. Because of its geographical location, it became a major center for politics and trade starting around 200 years ago. Today Bangkok is one the largest, wealthiest and most influential cities in Asia especially in south East Asia. Despite its large population and wealth, the city is considered to be among the safest in Asia. One of the main reasons for the cities economic boom is because of the influx in investment by multi national corporations in the early 80's. Not only in population size but also going by its land mass Bangkok is one of the largest cities in the world. 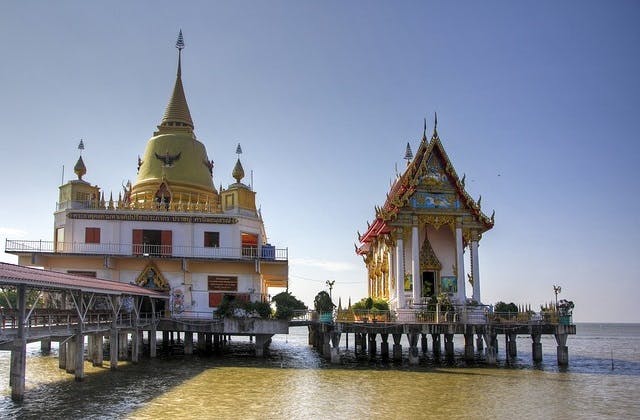 What airlines fly non-stop to Bangkok from Cairns?

No airlines have non-stop flights from Cairns to Bangkok.

What is the best airline to fly to Bangkok from Cairns?

Singapore Airlines is the best airline to fly between Cairns and Bangkok. Jetstar is the best budget airline.

What people are saying about Bangkok right now:

Airlines that fly to Bangkok :